I have to confess that the American election is still right up there on my list of concerns and worries for the future of our world. Why can't I vote? It is so frustrating! Carolyn can, and thankfully she is equally concerned.

However serious the issues at stake are, it is always good to be see that those campaigning can look on the lighter side too. For a wee bit of background, the election takes place on 4 November, the video is set on 3 November. It is priceless. Enjoy it.

A group from St Andrew's travelled over to East Kilbride Old Parish Church tonight to support Steven Preston as he was admitted to the office of Reader in the Church of Scotland by Hamilton Presbytery along with another colleague, Stuart Mellroy. Congratulations to them both. (Apologies for terrible quality of photo - must get a better camera phone!)

We will no doubt see more of Steven over the years to come when he takes on pulpit supply for us.

The car was full on the way over and doubly so on the way back as I had to make two journeys! But we had a good laugh too and the Old Church did us proud with a good selection of the always necessary homebakes!

Anne Paton, the minister at East Kilbride Old, gave an excellent message on "the call to follow", and David Watt led the service as one of his first official duties as this year's Moderator for presbytery.

It is always a privilege to be at these services and especially to support someone we at St A's have seen growing in confidence into their call to follow Jesus as a Reader.

It is the seven year anniversary of the devastation inflicted on New York City and Washington DC.

While many of us have deep disagreements over the West's response to those terrorist acts, particularly with respect to the invasion of Iraq, we nevertheless join with friends from across the world to remember those who lost their lives seven years ago today.

Not long after those tragic events, a group from Blantyre High School, as it was then, created a book of poems written by students from local schools. While there are many evocative poems in the book, sometimes it is the simplest that are most affecting. 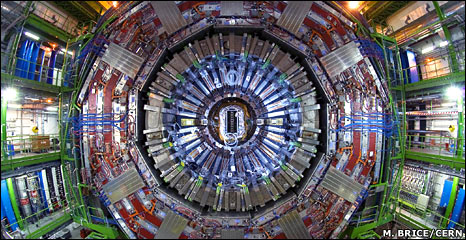 Tomorrow could be it... the end of all we know... so say the doomsayers about the first proper run of the extraordinary science experiment taking place at CERN in the new Large Hadron Collider. One of the things that may be created are tiny black holes. Some are worried that these infinitesimal black holes will suck up all the matter around them (that is what black holes do, not even light can escape from their gravitational pull) and thus, "pop" or better "slurp", there goes the earth...

After a very busy weekend, I sat down to watch late on Sunday night an extraordinary animated film, Persepolis, based on the picture novels by Marjane Satrapi. The story follows Marjane from a young girl to a young woman with the backdrop of the fall of the Shah in Iran and the rise of Islamic rule.

In this day and age with Iran very much on our minds in terms of foreign policy, possible nuclear weapons, and particularly the concerns about what a future American president might do with respect to Iran (candidate John McCain has made no secret of his willingness to bomb Iran), it is perhaps not surprising that the view of Iran we are fed is one of extremism and radicalisation.

The film is fascinating as it shows us what I am sure most of us know already, that Iranian people are just like us. They are trying to make successful lives for themselves, they are looking out for their children, families and friends, and trying to live "normal" lives even while the rulers of their country descend into fundamentalism. Persepolis is clear about the dangers of fundamentalism and the utter hypocrisy of it. In one scene Marjane is castigated by two men as she runs home. They tell her not to run as her rear end is jiggling provocatively. Marjane screams at them, "Then don't look!"

It is a wonderful touching film, the animation (mostly in black and white) is somehow both simplistic and yet also powerfully direct. It is no wonder that this film was nominated for an Oscar this year.

If you get a chance, do make time to watch Persepolis.

For Andrew's birthday today he received a "Skidder" - an almost recumbent trike with slick rear wheels so you can perform skids. This evening he was trying it out as the light went down. I was trying to get a good panning shot of him whizzing past but found when you are crouching down it is not easy. For a good panning shot you really need to be able to swivel around at the waist as the subject moves past you so that the subject is caught but with the background in blurred movement.

Twice in the last fortnight I had the ignominy of opening the front door to someone offering to mow the lawn... for a cost, of course. What a cheek, I thought, as our Highland wilderness reached waist height.

As some of you know, I loathe the garden. Actually that's not entirely true. I do enjoy sitting in the garden reading, sipping a coffee as the kids bounce on the trampoline, or admiring someone else's efforts, even the amazing creativity of life that any garden exhibits... but "gardening" is another thing.

Back in May the Church of Scotland held a tremendous event called The National Gathering organised by the Church Without Walls planning group. A number of us in St Andrew's went along to visit and to show something of what happens in St Andrew's via one of the story-telling tents. There the new puppet ministry and more established pastoral and bereavement support was show-cased - if you receive a copy of Life and Work you may have even spotted a picture of our own Jim Brown manning the tent!

I was given a CD-ROM today with all the official images from the event so that I can use them in future publicity and there are some fantastic photos. I particularly liked the picture above with Archbishop John Sentamu joining Jane Bentley with some drumming as the 3,000 folks gathered sang under the leadership of John Bell.

A day of contrasts: a funeral in the morning and a wedding this afternoon.

The funeral took us down to Douglas in deepest Lanarkshire for the burial. On the way to the cemetery I was told that we had now entered "God's own country", and with the weather finally holding off for today (so far, anyway) it really was beautiful. Surrounding the cemetery are fields with sheep gently grazing.

Not a great picture above, as I had to resort to the phone, but you will get the idea.

One of the strange things (among many) about being a minister is that you start to look at cemeteries in a different light. This one was immaculately kept and truly a peaceful place.

At the moment Wednesdays are just crazy in the Johnston household. Once everyone is back from school, there are 45 minutes before the start of drama class for the oldest three, then back home for an hour before Rainbows for Katherine, Anchor Boys for Andrew, and then gymnastics for Katherine in Cumbernauld... It is manic. We're just back home from that, thankfully to a quiet house with everyone else in bed.

However, I must admit I am quite relishing the hour sitting in the car outside Broadwood Gymanstics Academy on a Wednesday night. Peace and quiet and a book. I was hoping to finish the book I am currently reading, Naomi Klein's The Shock Doctrine, but 20 mins cat nap threw that in disarray.

The service is all planned for Sunday when we are doing an all-age communion service. The theme will be the wedding at Cana and the super-abundance of God's love as measured in bottles of vino!

For that, I added another verse picking up on Cana to a wee tune that we are going to do on Sunday. There is something so wonderful about that over-spilling of generosity as we find it in Cana and also in the story of the extraordinary stretching power of five loaves and two fish - better than watering down your stew!

Andrew just got back from having his first lunch at school and he was jumping with excitement... why? He got chocolate milkshake... truly my son!

I'm trying to get a module for this site setup that will allow comments to be posted to this blog, but so far... grrrr!

It's been a long but rewarding day.

In to the new church office in the morning to leave some work for Gill, our administrator. A brief blether with Rev Keith Ross as he picked up 1,000 booklets that were delivered yesterday for the presbytery meeting tonight - they arrived just in time. I'm very pleased with the quality of the print. The booklets have been  produced for presbytery showcasing all the various courses that the Adult Education Team running out of the committee I convene have available to congregations. I hope it brings some inspiration.

Then a very interesting conversation on the doorstep with two Jehovah Witnesses. Lovely women, but I found myself a little frustrated with all the talk about how the world is so terrible and how many people are scared of bringing up their children into this world. I just don't see it. I'm so excited by the prospects that my children have today, even if they don't realise just how good they have it.

Issues are produced quarterly, from the Spill the Beans Team.

We have created two archive packs of previous issues.

This has more than 2,000 pages of resources covering four years of the Narrative Lectionary. This is available for £60 and is available in high quality pdf format via a single zipped file. Please download to a laptop or desktop computer and be patient, it is a very large file (348 MB).

An archive pack with the first 12 issues covering most of the Revised Common Lectionary which is available for £50. A snip for over 1,500 pages of resources.

We have 106 guests and no members online